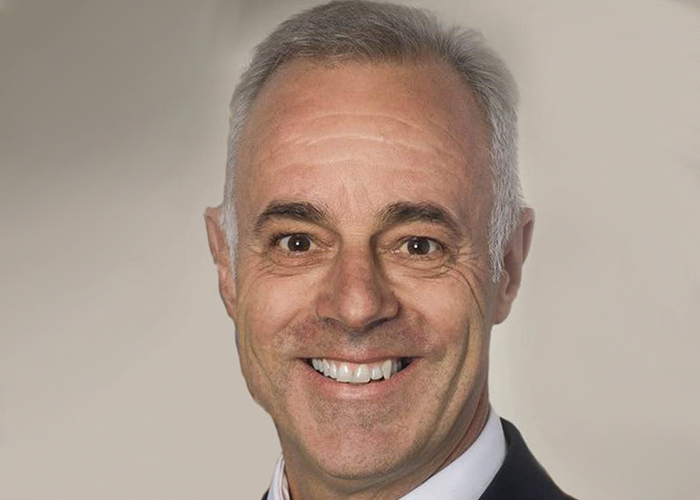 Bob Sanguinetti, who will join Aberdeen Harbour board in September, taking on the CEO role

ABERDEEN Harbour Board today announced that Bob Sanguinetti will join the board in September this year, taking on the role of chief executive officer.

Currently CEO of the UK Chamber of Shipping, Mr Sanguinetti is set to bring a wealth of UK shipping industry experience to the role, which will see him steer the Trust Port towards its goal of becoming one of the largest ports in Scotland and a UK leader.

Mr Sanguinetti said: “I am excited to be taking on the role of CEO at Aberdeen Harbour Board.

“Over these last few years I have watched the Harbour go from strength to strength, making significant investments in its infrastructure – namely the £350million South Harbour development – which will take the port’s capabilities to an elevated level.

“Aberdeen is already one of the UK’s busiest ports. The expansion will see it play a vital role in the Nation’s economic, energy and net-zero ambitions. An exciting future is on the horizon for Aberdeen Harbour Board and I am privileged to play a part in shaping its success.”

Mr Sanguinetti was born and raised in Gibraltar and after graduating from Oxford University he served in the Royal Navy for almost three decades, rising to the rank of Commodore. The former mariner served at sea and commanded two Royal Navy warships and a multinational coalition Task Group before working at the Ministry of Defence in a number of strategic roles.  His last job in the military was as Head of Intelligence at the UK’s National Operations Headquarters in North London.

He assumed the role of CEO of the Gibraltar Port Authority in May 2014. During his tenure, the Port of Gibraltar saw growth in vessel traffic and activity in most sectors through a series of initiatives aimed at improving efficiency, strengthening relationships with the local port community, and driving through a robust marketing and engagement plan with international ship owners and operators. He also served on the board of the International Bunker Industry Association (IBIA) from 2016 to 2019.

Mr Sanguinetti was appointed Chief Executive Officer of the UK Chamber of Shipping in July 2018. His role with the Chamber currently includes responsibility for the UK shipping industry’s relations with government and other relevant bodies (national and international) on all fiscal, economic, employment, safety and environment and security affairs. He is a Younger Brother of Trinity House, a Freeman of the City of London and a Liveryman of the Worshipful Company of Shipwrights.

Alistair Mackenzie, Aberdeen Harbour Board chairman said: “This is an incredibly exciting and crucial time for the Harbour as we work to realise the full green port potential of our £350m expansion. Having someone like Bob as our CEO will give us the edge we need to drive our business to the next level and we look forward to welcoming him to the Board in September.”

In 2017, Aberdeen Harbour began construction of its £350 million South Harbour expansion into Nigg Bay, to the south of the existing Harbour.

The expansion is due for phased completion in 2021 and is expected to add a further £0.9 billion to the Scottish economy.