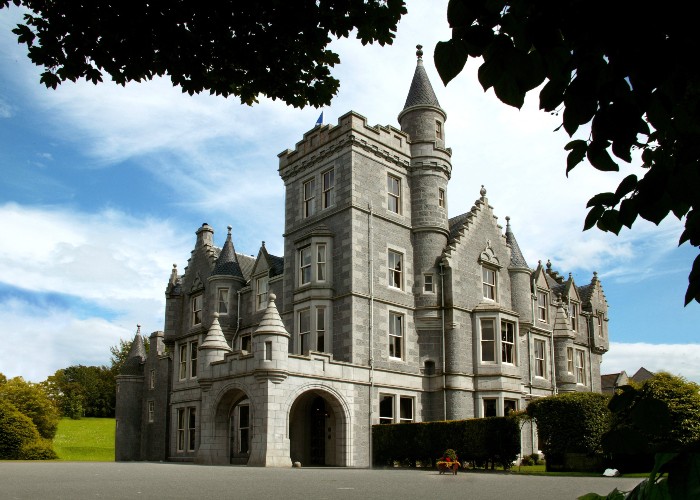 ONE of Aberdeen’s best-known – and best-loved – hotels is set to re-open its doors this month/in June.

Ardoe House Hotel & Spa, which went into administration late last year, will welcome guests back from Monday 14th June. The historic, four-star hotel which has been a favourite wedding and function location since the late 1940s, was previously run by hotel group Mercure. It returns to business under the management of Perth-based 7 Hospitality Management (7H) and with a healthy list of events already confirmed for 2021/22.

Hotel Manager, Chris Hodgens, reprises his role at the hotel and has confirmed that a recruitment drive is now on to fill 40 full time positions and a create a bank of casual staff reaffirming the legacy and professional reputation that the hotel is known for. Discussing the reopening, he said:

“The hotel is the subject of much affection, both locally and much, much further afield and it goes without saying that we are delighted to be re-opening the hotel. With our first tour operator arriving later this month and a major conference taking place within the hotel in August, we look forward to showcasing the hotel in the light its best known for and we also look forward to welcoming locals back to our bar, outside terrace and restaurant.

“We will have a number of introductory offers running throughout the hotel to welcome guests, which will include our gym and leisure facilities, £99 for a three-month membership, various accommodation offers and our renowned afternoon tea will be returning at £20 per person.”

The hotel has confirmed that all event bookings made prior to closure, and for which deposits had been paid, will be honoured over the coming year, with the hotel’s Victorian walls set to be the scene with 50 events provisionally held until end the end of the year.

Under 7H, the hotel and its grounds will undergo a two-phase redevelopment. The first, which will include investment in hotel infrastructure, guest rooms and public areas which will be followed by a second, longer-term development plan which will focus on the estate in which the hotel is situated and its popular health centre.

Rekha Sohun, Chief Commercial Officer of 7H said: “Following an incredibly difficult year for the tourism and hospitality sectors, and as the UK begins to open up we are excited to be bringing Ardoe House Hotel & Spa back to life.

“By reopening Ardoe’s doors to the public, as well as providing almost 70 jobs and additional supplier opportunities to local individuals and companies, we are reflecting the more positive times we find ourselves in and we look forward to developing this Aberdeen institution as we protect its future.”