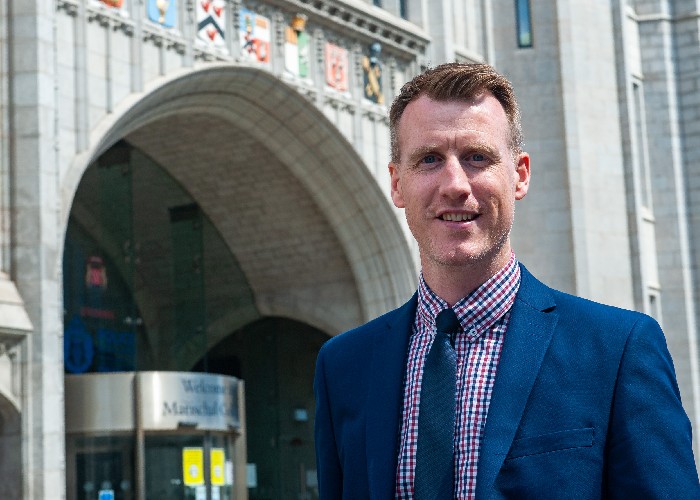 CITYFIBRE has now laid a staggering 550km of full fibre internet cables beneath the streets of Aberdeen as part of its £40m plan to future-proof the city’s digital connectivity.

The UK’s largest independent full fibre platform’s landmark achievement means there is enough full fibre cabling connecting the city’s homes to take in the 503 kilometres to Stavanger in Norway, as the crow flies.

Sitting on either side of the North Sea, the cities of Aberdeen and Stavanger are twinned, each relying heavily on the energy and fishing industries. Now, as a result of CityFibre’s Gigabit City Investment Programme, Aberdeen will join its Nordic neighbours in benefitting from full fibre enabled connectivity – something just around 25% of the UK population can access currently.

Allan McEwan, CityFibre’s City Manager for Aberdeen, said: “Aberdeen and Stavanger have a well-established relationship, with the two city’s expertise and workforces collaborating and sharing knowledge across the North Sea. The fact that we have now laid enough fibre in Aberdeen to cover the distance between them really hits home how much progress we have made. We’re well on our way to making the city world-class in terms of its digital infrastructure, and the people of Aberdeen will reap the benefits for decades to come.

“As a team, we’re really proud of the speed of deployment and benefits this will bring to Aberdeen, and with our network now live across many parts of the city we are pleased to be enabling residents to connect to the fastest and most reliable broadband services available. Ties with the North Sea industry has seen Aberdeen establish itself as a global energy hub, and a key player in the energy transition. We are confident that our full fibre network will provide the city with a critical boost on this journey and secure Aberdeen’s legacy as one of the world’s best digitally connected cities.”

Aberdeen was one of the first of a growing number of locations in the UK to benefit from CityFibre’s £4bn Gigabit City Investment Programme which will bring new and improved broadband infrastructure within reach of up to eight million homes and businesses nationwide.

CityFibre’s build partner GCU is working in various locations across the city, with work currently ongoing in the Bridge of Don, Rosemount, Cornhill, Kittybrewster, Sheddocksley and Spital areas.  Work has been completed across large sections of the city including Woodside, Garthdee, Ruthrieston, Mannofield, Kincorth, Broomhill, Kaimhill, Ferryhill, Northfield, Rosehill, Hazlehead, Airyhall, Mannofield, Hilton, and Torry, with more to follow shortly.

As work is completed in each neighbourhood, residents can access some of the fastest and most competitive broadband packages available. In Aberdeen, services are available from launch partner, Vodafone, and TalkTalk, with other ISPs set to join the network soon. People interested in giving their home broadband a boost can find out more about the build, pre-register their interest and ensure they are updated on service availability at www.cityfibre.com.

AN Aberdeenshire HSEQ consultancy has supported a global industrial group to audit operations to help reduce its environmental impact. HSEQ...

TechFest and TAQA present STEM in the Park