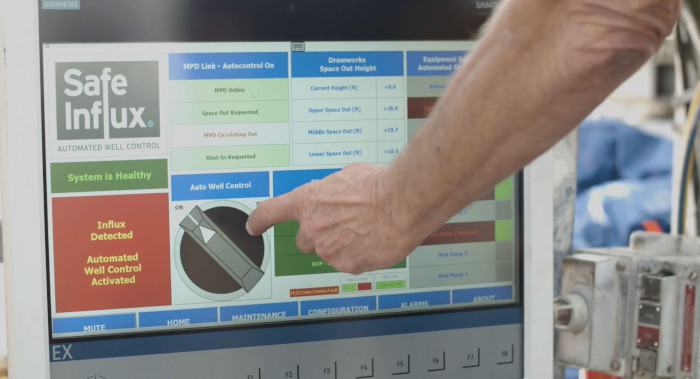 ABERDEEN-based Safe Influx has announced the rig trial of the industry’s first ever integration of Managed Pressure Drilling (MPD) and Automated Well Control technology has been completed.

Following months of preparation by Weatherford, Safe Influx and Finesse Control Systems (who build the Safe Influx equipment and develop the logic programming), a series of pre-agreed tests were successfully performed on Weatherford’s test rig in Houston, to demonstrate and verify the integration and functionality of both systems.

As a standalone application, the MPD system can detect, control and circulate out an influx which is within the well’s operational envelope.

If the parameters within the well’s operational envelope are exceeded, the Weatherford MPD system sends a series of real time signals to the Safe Influx Automated Well Control system which then commences the Automated Shut-in sequence.

“We are confident that this is a reliable tool which has the ability to mitigate risks and enhance efficiency and safety in well operations, to prevent the loss of life, minimise environmental impact, deliver substantial cost savings and protect company reputation.”

The rig trial is part of the Memorandum of Understanding (MoU) signed by Weatherford and Safe Influx in September 2020.