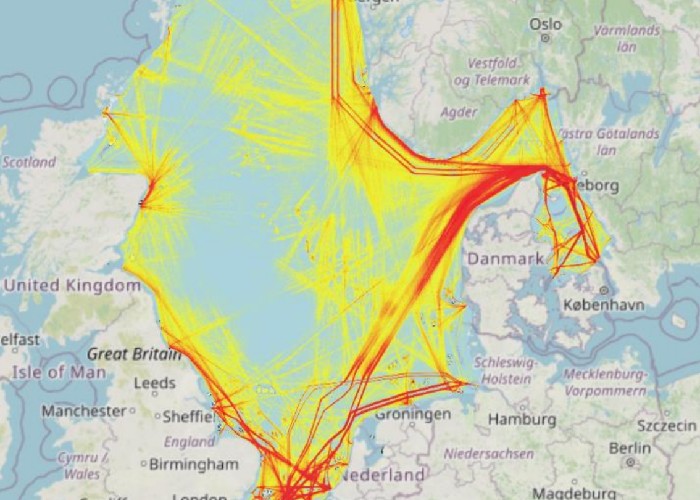 AqualisBraemar LOC (ABL) has supported the German authorities in identifying the risk of marine traffic to expected offshore wind development in the North Sea between 2020 and 2040. ABL undertook a comprehensive navigational risk assessment (NRA) that involved the collaboration of all coastal states and the study also concluded with risk mitigation measures..

THE North Sea study, which was conducted for the German Ministry of the Interior, Building and Community, in particular, focuses on areas with existing or prospective offshore windfarm and maritime renewable development across the whole of the North Sea.

ABL’s scope of work included a detailed marine traffic study and the identification of qualitative characteristics within the main shipping routes in the North Sea, projecting traffic growth over the next 20 years. It also included a risk assessment to identify areas in the North Sea with the highest concentration of collision, allision, and grounding risk, including modeling of traffic corridors.

The study, which involved the collaboration of all coastal states in gathering information about their maritime spatial plan, concludes with risk mitigation measures in the form of alternative routeing, where the planned offshore installations disrupt the current traffic pattern.

“Navigational risk analysis can play a significant role in the early identification of optimal windows for offshore construction, installation and maintenance operations for the energy sector. This study is a good step in mapping out where marine traffic poses a risk to the busy ongoing and prospective construction plans for European offshore wind,” says Diego Cerquenich, master mariner at ABL.

“The German offshore wind market is projected to play a leading role in the supply of carbon-neutral energy in Europe with a possible 40GW by 2040. It is therefore, critical that the local market remains competitive and that challenges to operation or development are mitigated early on, to ensure optimised operability of wind assets and reinforce their bankability,” says Christoph Ruck, general manager of ABL in Germany.

ABL’s operations in Germany, based in Hamburg were awarded the study in 2020.  The work was completed this year by specialist consultants in navigational risk analysis based in the company’s London office. The study has been published on the website of the German Federal Maritime and Hydrographic Agency.