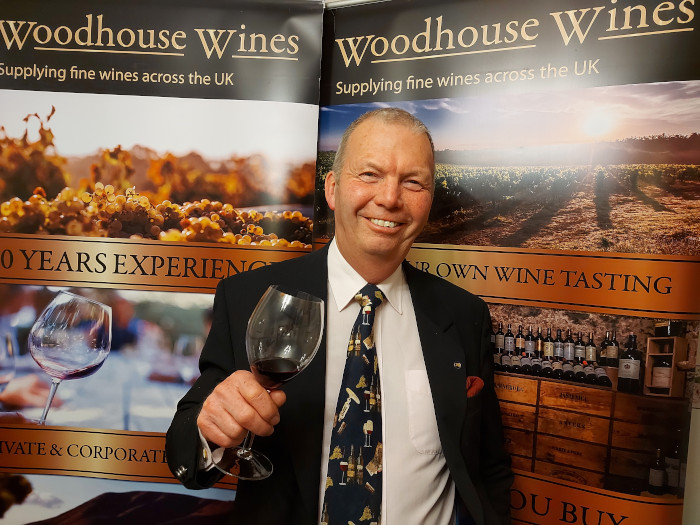 THERE’S not many business owners who can say they’ve experienced one of their best years of trading during the Covid-19 pandemic.

But that’s exactly the case for Jonathan Simpkin, owner of Inverbervie-based Woodhouse Wines.

For Jonathan the success has all been down to “adapting” his business and “seizing the opportunity”.

The introduction of his virtual wine-tasting events has seen turnover increase by more than 35% along with a 200% rise in website sales.

Jonathan teamed up with wine-educator Diana Thompson to host Wines of the Unexpected. It proved hugely popular with more than 60 events being held for hundreds of people throughout that time.

He said: “The key was adapting to seize the opportunity and I think every business has had to do that one way or another.

“You still have to get to the people and all our platforms have played a role in that whether it be the virtual tasting or the website.

“Anything online has been the first port of call for people. That’s what’s been amazing.

“Diana & I did dozens of zoom tastings together and I’ve done more besides that myself with private customers.

“We’ve had birthday parties from Orkney down to Hampshire and in between.

“It’s been a case of making wine amenable to everybody.”

Those taking part in the virtual events get to sample between three to six wines and numbers are generally capped at 30 in a bid to make sure everyone can get involved.

Jonathan said: “It really quite nice because everybody can chip in and we encourage people to let us know what they think.

“It has the feel of going down the pub and having a chat.

“We want to provide a vehicle for people to have a bit of fun.”

Jonathan imports wine from all over the world with a lot of it coming in particular from Germany. One of his most popular is the Dornfelder, a chilled red, affectionately called “alcoholic Ribena”.

Despite the challenges of Covid-19 Jonathan has continued to see his business flourish – despite a setback.

He said: “It’s been one of the best years with revenue 35% up on last year.

“It’s really interesting because in the drinks sector it’s been going mental. But in hospitality it’s dire.

“I’ve got some suppliers that just sold to the hospitality sector and have folded.

“But I would say the online tasting not only replaced it but exceeded it. My customer base increased.

“We’ve got customers who have started to order regularly that I would not have had before.

“The key is to have good wine, look after people and be entertaining to make sure they want to come back.”

Another success story has been the Woodhouse Wines website which was created by Aberdeen-based marketing and web design agency, Azzurro-Blu. This allowed Jonathan to also focus on the ecommerce side of his business which has offered great results.

Jonathan said: “It wasn’t really something I looked at before.

“But the website has been amazing and it was fantastic to work with Azzurro-Blu in getting it set-up. Sales have massively increased. Before I would get maybe one or two orders a month but now it’s three or four orders a weekend.

“Even when we move out of lockdown we’ll still do these virtual wine-tastings because it can bring people together from all around the country without having to go anywhere.