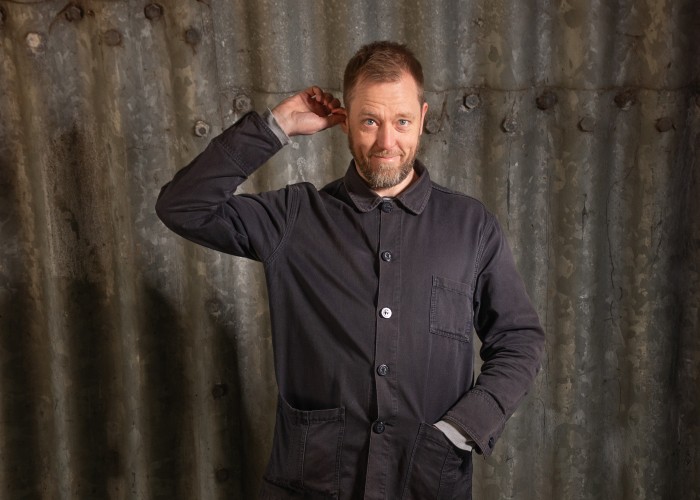 FIVE comedy stars have been revealed as the latest acts to join the line up for the 2022 Aberdeen International Comedy Festival.

Craig Hill, Colin Hoult, Stephen Bailey, Alun Cochrane and Darren Connell will bring their acclaimed acts to the thriving festival, which is taking place in venues across the city centre from October 6 to October 16.

Introduced to the Granite City in 2016 by Aberdeen Inspired, the festival has grown considerably and now attracts top international comedians, recognised home grown talent and rising stars from the comedy circuit.

Scotland’s favourite kilted comedian Craig Hill is a firm favourite with festival audiences.  Set to return during the closing weekend, Craig will perform his new touring show I Always Knew I Had it in Me! at the Tivoli Theatre on Saturday October 15.

“It’s not just about going to see your favourite people from TV, you can also take a chance to go and see people you’ve never heard of. Just say ‘I don’t know who that is, but I’m going to go out and try that’.”

“If I lived in Aberdeen I would take two weeks off and go see comedy every other night… because it is such a fun way to spend your evening.”

Shona Byrne, festival manager added “Craig’s spot on.  It’s so important that we not only give audiences the chance to experience different types of comedy like the character based story telling show that Colin Hoult will bring, to the clever, everyday life and humorous style that Alun Cochrane will deliver.

“This year’s festival will be the biggest the city has seen and we aim to showcase the best comedians in as many venues as possible throughout our city centre.

“The festival is all about bringing bags of fun and laughter to the city and encouraging people to get out and about to enjoy the city and all it has to offer as part of the festival experience.”

Star of the Ricky Gervais hit series, After Life screened on Netflix earlier this year, Colin Hoult will bring The Death of Anna Mannto audiences at Cheerz on Friday October 7.AnnaMann (aka Colin Hoult)tells the incredible story of her life in the arts in this, her final hour.  Described as visceral, real and achingly brave, audiences are urged by Hoult “to come see this remarkable woman finally die”and he promises that audienceswill leave screaming about how much they loved it!

Also taking to the stage at new festival venue Cheerz is Stephen Bailey with his showSophisticated on Saturday October 8.  Last seen supporting the wickedly funny Katherine Ryan at the Music Hall in October last year, Stephen Bailey was raised on a Manchester council estate.  Recently he was told that he is not sophisticated – and he was wearing bronzer, his preview show unpacks his life as a queer, working-class man in a predominately straight, middle-class man’s world onstage.

A comedy festival newcomer Stephen said “It’s going to be my first time at the Aberdeen International Comedy Festival so I’m really looking forward to it. I felt like Aberdeen audiences were really up for it when I was there with Katherine Ryan.

“I love a Scottish audience. When Scottish people sign up for a night out or sign up for a comedy show, they’re going to make sure they have a good time. They want to laugh and afterwards, everyone wants to take you for a drink. I’m telling you, if I was single, I’d probably be going out with a Scottish man.”

Described as “A superstar in the making” by British Comedy Guide, Stephen’s TV credits include Celebs on The Farm (C5), Roast Battle (Comedy Central) and Celebrity Coach Trip (E4).

Comedy fans can also make a night of festival fun at the Park Inn on Friday October 14 where two shows are set to be staged.  First up is accomplished stand up Alun Cochrane who has been seen on various TV comedy shows over the years, including Mock The Week, Have I Got News For You, Never Mind the Buzzcocks and 8 Out of 10 Cats. Labelled Stuff and Nonsense, Aberdeen is an early date on his Autumn tour schedule of both stand-up material (Stuff) and of his high quality on the spot frippery, impro, crowd work (Nonsense).

Alun has lots that he might discuss when he comes to Aberdeen including funerals, free speech, or feminism but specifically he told us  “Aberdeen is so far from my house it’s almost an environmental crime to go there just to tell my jokes, but it would be a worse calamity to go there if hardly anyone shows up, so please do come and see it. I’m not going to plant a tree or anything, in fact I will highly likely make fun of eco protesters and perhaps even praise the burning of fossil fuels, if you can’t do that in Aberdeen where can you?”

Hot on the heels of Alun at the Park Inn will be the much loved Darren Connell who wants toThank you for being my friend.  Possibly best known for playing the role of Bobby in the television series Scot Squad, Darren isa veteran of the stand up comedy circuit with over 10 years experience.  He’s had sell out shows at both the Glasgow comedy festival and the Edinburgh fringe and is delighted to be taking his first ever tour on the road.  His comedy is dark, funny, and close to the bone, so definitely one for those who want to enjoy something a little different!

The Aberdeen International Comedy Festival will run at a multitude of city venues, bars and clubs over the course of 11 days from Thursday 6 October until Sunday 16 October 2022.  It will continue to shine a spotlight on local talent as well as showcasing the best acts on both the national and international comedy circuit. The festival has been organised and promoted in its entirety by Aberdeen Inspired since 2016.

Tickets for all shows go on sale tomorrow (Thursday April 28) and are expected to be snapped up fast.  Ticket prices (including booking fee), dates and performance times are:

These comedians join a line up of nine comedians already announced including David O’Doherty who will open the Aberdeen International Comedy Festival on October 6 and Milton Jones who will close it on October 16.

For more information and to buy tickets go to www.aberdeencomedyfestival.com