Knowing when to throw in the towel 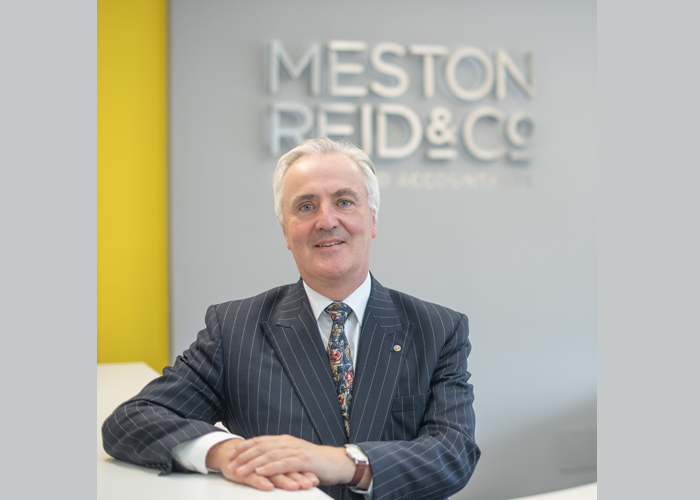 THE Meston Reid & Co insolvency team has already assisted a number of companies to enter an insolvent liquidation process, with many directors citing the ongoing effects and challenges of Covid-19.

Several other entities have ceased trading but cannot fund an insolvency process e.g.,liquidation, receivership or administration, because, for a Scottish registered company, this can only happen if there are sufficient assets to pay for the cost of it.

Even if the Christmas trading period was reasonably buoyant, directors of a struggling company may already be witnessing some of the signs of financial challenge e.g., an increasing delay in paying suppliers, stubbornly bumping along at the overdraft limit, asking customers to pay as early as possible by offering unsustainable discounts, difficulty in paying salaries, cancelling repairs and property upgrades, shelving plans to upgrade assets, avoiding calls from anxious creditors etc. Worrying times.

The Insolvency Act 1986 provides guidance about how to determine if a company is insolvent.

Typically, it is simply because a company is unable to pay its debts as they fall due in the normal course of business, or a creditor has taken steps to recover a debt through court action.

Whether it is the type of signs narrated above, or the legal definition is pointing clearly to an insolvent position, a key issue for directors to consider is whether there is a realistic prospect of the company returning to overall solvency and being able to continue trading.

A financial forecast/plan is crucial.  But beware, because taking the wrong decision might create personal liability for the director because of the implications of the wrongful trading provisions. Briefly, if a director knew or ought to have known that a company could not avoid insolvent liquidation yet allowed the business to continue and further liabilities were created, such director can become personally liable for the extent of these liabilities.

Further, it is not uncommon for a director to have forgotten about signing a personal guarantee many years ago in favour of a bank or main supplier, which merely heightens the personal financial exposure in the event of corporate failure.

On occasion, directors will have introduced personal funds to the company in order to support continued trading, but more often the liquidator finds that directors have withdrawn money from the company, further compounding the misery of losing their livelihoods because they are pursued to return cash to the insolvent estate.

Towards the end of 2021, many companies were contacted by their bank advising that repayments should commence in respect of a Bounce-back Loan “BBL”, or a Coronavirus Business Interruption Scheme Loan.

Much has been written recently about the extent of BBLs obtained fraudulently and the desire to pursue directors personally if a BBL has not been used for business purposes. A BBL carries no personal guarantee and was limited to £50,000 or 25% of annual turnover, whichever was less, but there is evidence that some directors overstated turnover in order to obtain the maximum sum of £50,000.

The government is keen to apply pressure where a director has acted inappropriately. Also, fraudulently obtained or not, the fact remains that a BBL is part of a company’s list of creditors and will not disappear simply because “the government has already written off billions and my company’s loan will make no difference”.

The ostrich syndrome does little to help when the cash flow either ceases or reduces dramatically. It is a serious issue that requires early, sensible and pragmatic attention.

Rightly or wrongly, some directors used to rely upon HMRC for easy credit terms when cash flow became tight. Frequently, when a formal insolvency occurred, HMRC are shown as the largest creditor and it is not surprising that in late 2020, a change in legislation gave HMRC a higher right of dividend than unsecured creditors.

That said, it is still common for a liquidator to see substantial VAT and PAYE/NIC arrears: just imagine what would happen if unpaid PAYE/NIC became a personal liability on directors when formal insolvency incepted.

Few people are happy to accept that years of hard work are crumbling into financial oblivion before their eyes, but hundreds of companies fall by the wayside every year.

If a director is aware that the business is beyond financial rescue, or is rapidly heading in that direction, confidential advice from an experienced source is crucial, particularly if such director wishes to avoid the next hurdle in the form of the Director Disqualification Unit considering whether or not such person should be disqualified from acting as a director of a limited liability company.

If in doubt, ask for help. Don’t wait until it is too late and everything unravels in an uncontrolled manner.

Michael Reid is a managing partner at Meston Reid & Co, an Aberdeen-based chartered accountancy practice with strong expertise in tax, audit, insolvency, corporate finance, business advisory, payroll and landed estates. The firm, based at Carden Place, has a broad range of clients, from contractors in the energy sector to large businesses with international operations.