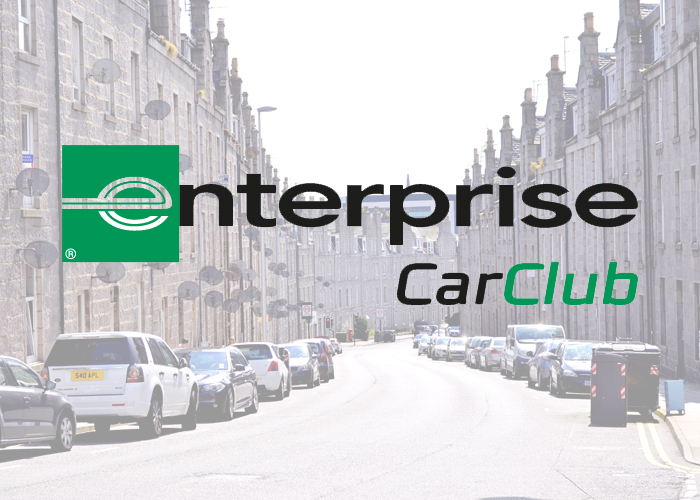 ONE OF the world’s largest car rental companies has been chosen to run a Car Club contract in Aberdeen, bringing wider links to the pay-as-you-drive facility.

The service, which launches on 1 June 2022, will see Enterprise Car Club deploying more than 30 cars across the city in designated car club bays which members of the public will be able to book.

Members of the club book a car, via an app or the internet, when they need it and are charged on a pay-as-you-drive basis.

The members benefit in that they do not have to own a car themselves, saving them money upfront by not having to buy a vehicle and for running costs.

An Aberdeen City Council spokeswoman said: “The Car Club provides a low cost, green, and convenient alternative to car ownership and provides members with a range of vehicles across the city including city cars, family cars, electric and hybrid vehicles.”

“We welcome Enterprise as the new operator for our Car Club and look forward to seeing the benefits of an international vehicle hire company in the driving seat in the months ahead.”

Once signed up, customers will have access to the largest Car Club in the UK with 1,500 cars and vans located in more than 180 UK cities, towns and communities, including cars parked within 500 metres of 180 railway stations.

Enterprise already has a strong presence in the city with three rent-a-car branches, including one at Aberdeen International Airport. People will be able to find out more information about car club and sign up to join at these branches, as well as online.

Dan Gursel, managing director of Enterprise Car Club, said: “We are delighted to work with Aberdeen City Council to launch this service. Car Club is a great alternative to meet changing travel patterns as research shows that 20% of car club members joined to make savings from not running their own car, and we know that those with their own vehicle find value in using Car Club for when they need the occasional use of a second vehicle.”

“Once someone becomes a member of our car club, they have access to our complete network of vehicles and this means they can enjoy hassle-free motoring not only in Aberdeen but also when travelling elsewhere in the UK. Scotland has been a leader in car club adoption and we are delighted to build on our presence in the country.”

In the Aberdeen Car Club, there are a variety of cars to choose from of many different sizes, all of which are clean and green.

As part of the contract, Enterprise will also provide Aberdeen City Council employees with managed pool cars, meaning staff have access to a vehicle for work purposes without being reliant on their own. The contract will last for an initial three-year period with the option to extend for up to a further two.

Figures from CoMoUK, the accreditation body for car clubs in the UK, found members who drive less than 6,000 to 8,000 miles per year could save up to £3,500 a year compared with owning their own car. There are environmental benefits too with the average car club car emitting 37% less CO2 from tailpipe emissions than the average UK car, while 100% of car club cars in Scotland are Low Emission Zone compliant.

Aberdeen has hosted a car club since April 2012 which, under previous supplier Co-wheels, saw it become the first car club in Scotland to introduce electric vehicles and the first in the world to trial hydrogen vehicles. Although no longer the main contract supplier for the City Council, Co-wheels will continue to operate car club vehicles in Aberdeen.

To find out more about more about how to join Enterprise Car Club in Aberdeen and details of where the vehicles are located, go to https://www.enterprisecarclub.co.uk/gb/en/programs/regions/scotland/aberdeen.html.