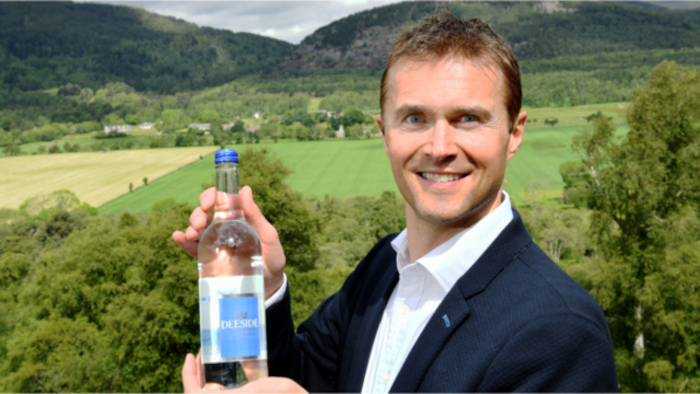 A NORTH-east mineral water company has won a major contract to supply bottles to the famous Gangnam District of Seoul in South Korea.

The company which is based in Ballater on Royal Deeside is also negotiating to distribute its new Fuarain moisturising cream to the Korean capital.

The family owned firm is celebrating its 25th anniversary this year, bottling spring water which flows naturally from ancient healing springs in the Cairngorms National Park, close to Balmoral Castle.

It has already shipped more than 250,000 bottles to Korea, where it is popular because of its purity and clinically proven health benefits.

Martin Simpson, Deeside Mineral Water managing director, said: “We export to many countries including Japan, Russia and the EU.

“Paperwork issues around exporting to the EU make that impossible just now but this Korea contract has been fantastic to secure.

“The springs have a long and interesting history dating back to 1760 when they became famous for the healing waters.  The rich heritage and natural source in a remote and stunning part of Scotland, is something that really appeals to overseas markets.”

A NEW economic report which has placed Edinburgh in the top ten best performing cities for economic output and employment...