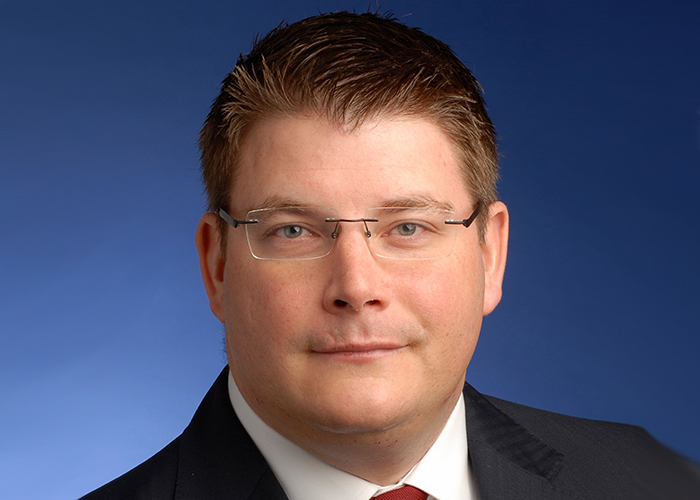 Rob Logue, our Head of Energy M&A at KPMG in Aberdeen

by Rob Logue, Head of Energy Services M&A at KPMG in Aberdeen

IN early 2020, life as we knew in Scotland came to an abrupt halt. The pandemic arrived on British soil and the business community in Aberdeen readied itself for another crisis. Within business circles, the word ‘unprecedented’ has arguably been over-used. As we approach the one-year milestone from the start of the Covid-19 crisis, a sense of fatigue and war weariness has set in. The impact – both mentally and financially – cannot be underplayed.

The Granite city has taken on and beaten endless downturns and crises. The relentless fluctuation of oil and gas prices and the sector’s geopolitical influence means that our region is undoubtedly one of the most resilient and adaptable in Europe.

However, the scale and breadth of Covid-19 took us all by surprise, and will be felt for some time to come.

In late 2019, pre-COVID, the mergers and acquisitions landscape in Scotland was relatively buoyant, particularly in the North East with the expectation that 2020 would be a strong year for transactions. The drive to rebuild the energy sector in a new ‘net-zero’ world had accelerated deals between new players in the market and established firms looking to either consolidate or exit certain areas. It was a similar story across other sectors, with momentum building and – Brexit notwithstanding – a sense of optimism for the year ahead.

At the height of the first lockdown the natural response from the business community was to press pause on major investment decisions or deals. It hit the M&A market hard with activity stagnating, and some industries paying a particularly high price. The energy sector has had to wrestle with profound shifts in societal and governmental policies – while simply attempting to continue functioning as the pandemic created huge logistical challenges.

However, we actually witnessed some activity in this space with a number of highly strategic and/or opportunistic deals. Examples included further consolidation and some new entrants in the Upstream E&P market, including Viaro Energy’s acquisition of Rockrose PLC and Chrysaor’s reverse takeover of Premier Oil. Venture capital investments continued to access capital with deals including local businesses EC-OG and Trojan Energy, and there continued to be a number of strategic and PE buyers for interesting businesses, including   Hunting PLC acquiring Enpro Subsea, NRG Well Management being acquired byPX group,  and Motive Offshore acquiring Flowline Specialists.

Elsewhere, a near-complete halt to the majority of air travel (both business and leisure) has brought the hospitality and tourism sector to its knees and had a fundamental impacted a number of other industries including oil demand. In both cases, and indeed throughout the wider economy, business leaders now have to look at their business structures and ask themselves honestly if they are in a position to ‘survive and thrive’. In some cases, such significant shifts in consumer behaviour or policy changes could mean their current business model faces a potential accumulative debt burden or vanishing customer base. Early disposals or significant re-alignment and restructuring will be a harsh reality for many companies that were once viewed as a ‘safe bet’ for investors.

But, despite the relative doom and gloom facing the economy, there are reasons to be cautiously optimistic.  Businesses in the food delivery or digital worlds have been able to fully embrace the profound shift in human behaviour in recent months. The High Street may be suffering, but people are still spending and those firms that have innovated and, often, pivoted from physical to online, are thriving. In general terms we have also seen better than expected performance in 2020 from the energy services market given the servicing of “key” infrastructure and a much more positive outlook in 2021 which supports a more active M&A market.

Scotland’s venture capital funding space is another example of resilience throughout a period of such uncertainty. KPMG’s latest Venture Pulse data reveals deal volume and value remained consistently strong throughout the year with 23 deals valued at more than £97 million in Q4 alone.

It shouldn’t come as too much of a surprise that the deal space is buoyant among entrepreneurial start-ups. Scotland is developing a strong reputation for fast growth, successful tech businesses – particularly in the renewable energy and pharmaceutical sectors. Both industries have performed strongly with the pandemic driving significant investment in health and the countdown to COP26 pushing investors to explore more sustainable opportunities.

The ESG theme (Environment, Sustainability, Governance) is rapidly becoming the conversation starter in boardrooms across the country – regardless of business size or specialism. Investors are increasingly expecting answers on what a company is doing in this field both internally and with their clients, before they’re prepared to transact. While that could create significant investment obstacles for some, the businesses that embrace the race to Net Zero and embed ESG strategies into their growth plans – even those in the traditional energy markets – can expect greater confidence and commitment from the investor, lender and strategic acquirer populations.

There won’t be many of us looking to celebrate the impending first anniversary of Scotland’s first Covid-19 restrictions. But, we shouldn’t lose faith in the relative solidity and resilience of our economy. There are signs that the deals market is slowly picking up. From potential future increases in capital gains tax spurring disposals, to the simple fact that there remains a huge sum of capital to deploy, there is an appetite for investment right now, and a sense that we could gradually be seeing confidence and activity return to Scotland and the North East in 2021.