Opinion – Subsea Operations – Man, Robot or Cobot, or all of the above? – by James McLean, ABN subsea features writer & director of subsea consultancy firm Zenocean 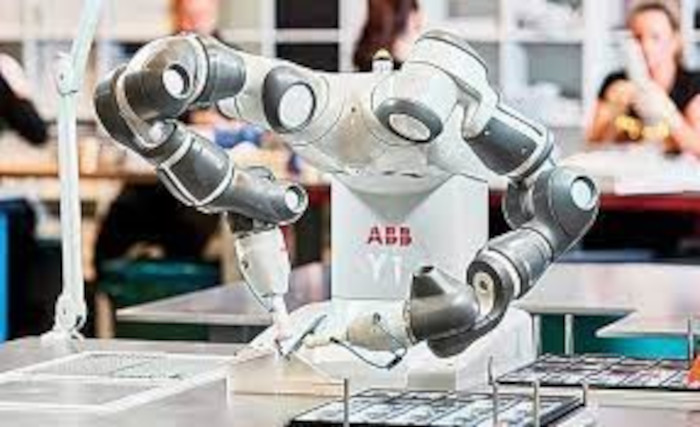 MAN – Depending on who you believe, our ancestors have been around for somewhere in the region of six million years give or take. Homo sapiens began to arise more than two million years ago, and the modern form of humans supposedly emerged around 200,000 years ago. One thing is sure – the rate of change since then has been rapid. There are many inventions credited to people in living memory, whether it’s the compass, the internal combustion engine, the light bulb, penicillin, or even the telephone at a school in Elgin Morayshire of all places! The inventor being a pupil/teacher by the name of Alexander Graham Bell. But it is the case that many things we take for granted today as being modern inventions were developed in some shape of form millennia ago.

ROBOT – The first use of the word robot arose in a play written by a Czech playwright in 1921 – ‘robot’ coming from the Czech word for slave. The word robotics appeared some twenty years later and was described in one case as ‘robotics is that field concerned with the intelligent connection of perception to action.’ The earliest robot in modern terms was created in the 1950’s, which was a reprogrammable manipulator called ‘Unimate’. However, its known that a mechanical device was actually built around 3000 B.C. Egyptian water clocks used human figurines to strike the hour bells. In 1557, Giovanni Torriani built a wooden robot to fetch the Emperor’s daily bread from the store.

COBOT – Cobots which can safely be considered as a much more recent phenomenon, and industrial robots differ, such that cobots are designed to work alongside humans, whilst robots generally do work in place of those same employees. Cobots are more easily programmable and are capable of learning on-the-job. A worker can move the cobot arm for example along a desired track and then the cobot will remember the new movement and repeat on its own. Essentially, they are safer around humans and don’t require the same kind of safety infrastructure for working in close proximity to humans, at least at the moment.

So, what’s the point? There is a thread, but first to soldiers. Soldiers of the future will be augmented and maybe even indestructible. The US Army have awarded a contract to Microsoft for new augmented reality vision systems. Helmet mounted systems will feature sensor fusion capabilities, with the ability to provide an array of fed data from a range of sources providing enhanced situational awareness and other game-changing benefits to troops on the battlefield.

The Talos – Tactical Assault Light Operator Suit is a futuristic piece of kit that encloses soldiers within a shielded, internally cooled, computerised exoskeleton, protecting them from just about any threat.  But thought already goes beyond purely building shells around an individual, towards wearables that sync to the human body, giving rise to soft robotics.

Harvard have been working on a malleable fabric exosuit, the idea being instead of shielding the wearer, is to propel them forward and conserve energy. A combination of battery powered sensors, motors, gears, cables and pulleys are sandwiched between fabric layers. Essentially, the suit senses the wearers motion and assists accordingly, it shares the load and reduces fatigue. Whilst the concept is driven towards soldiers, why not a diver?

In the early days of the North Sea, there was talk of ROV’s, or robots as some called them, replacing divers – but it didn’t quite happen, although clearly there is a depth limitation for divers, therefore, beyond a certain point there is no choice. Quickly though – ROV’s started supporting diving operations in a range of ways to make the job easier, quicker and safer.

Within the world of manufacturing where there is an ever-increasing drive towards automation, there is great interest in how robots and people can be made to work better together. Within automation and visualisation, a cobot could be made to work with a person, providing an extra limb or two.

It’s the same argument between man and machine underwater. A machine has a higher payload capacity and ability to carry a wide array of sensors, whereas, the man has greater dexterity and the ability to make on-the-spot changes or adaptations that might have otherwise required up-front planning and preparation for the machine. A diver can find many uses for a monkey wrench, not so for the machine.

So, why not use the augmented, suit-wearing human for what they are good at – the more technical and complex and use the cobot for the heavy lifting, picking and placing? This could potentially leave the way open for smaller, lighter and less expensive support vessels, where there isn’t the same requirement for heavy-duty crane lift. As an example, the cobot could be designed to carry a structural clamp, a replacement valve, pipeline repair tool, or sensor package, perhaps making final placement with diver assistance. At the same time, the cobot could also be a garage for a smaller Obs ROV and provide the diver with back-up power, emergency breathing gas, or a safe haven in time of need.

Based on some of the concepts highlighted above, whether it’s the battlefield, or the oilfield, the scope for augmentation and man-machine collaboration is huge, and so hand-in-glove could bring on a whole new meaning.

Opinion – Diversity and inclusion: Facing up to challenges of making real change