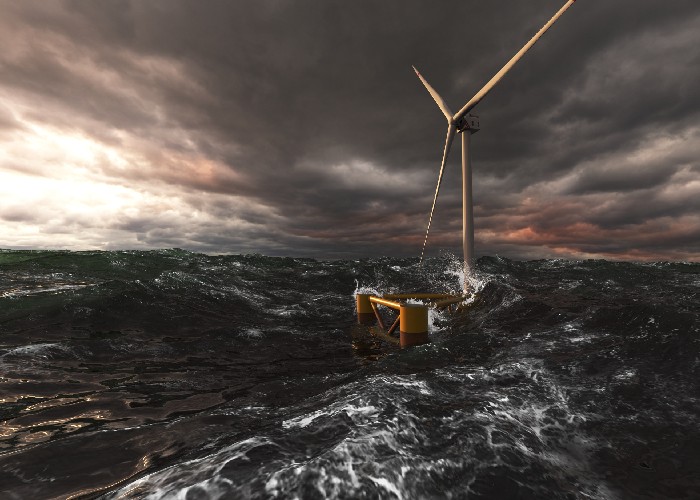 The proposal would revolutionise energy production in Scotland and power our everyday lives, delivering a net zero future by harnessing the power and potential in Scotland’s deep waters – creating thousands of high-skilled jobs in the process.

Ahead of a major conference in Aberdeen this week, the partnership can reveal it has submitted bids as part of the ScotWind process for several sites in the Outer Moray Firth, using floating devices to deliver 6,000MW of energy – which would be by far the largest wind energy development in the UK and power millions of homes.

It would create thousands of jobs as part of the country’s ‘just transition’ and delivering a giant boost for Scotland’s supply chain and the economy with exportable technology innovation.

The project is designed to enable Scottish businesses to ramp up ahead of production, with a commitment to 40 per cent minimum supply chain content in Scotland and 60 per cent in the UK.

Mapping and engaging has already resulted in agreements with suppliers to enable early investment priorities.

The Floating Offshore Wind 2021 conference, hosted by RenewableUK and Scottish Renewables, will get underway in Aberdeen tomorrow (WED), where Ocean Winds (OW) and Aker Offshore Wind (AOW) will outline their bid.
Floating offshore wind is the latest advent in renewable energy technology.

Around 80 per cent of the world’s wind resources are in waters deeper than 60 metres and are unsuitable for fixed foundations, but floating turbines can make massive contributions to the energy grid because the infrastructure is based away from the coastline in deep water.

OW and AOW would use steel-based semi-submersible floaters called ‘Windfloat’, which is the world’s most proven technology developed by Principle Power Inc (PPI), which is majority owned by AOW and OW.

ScotWind is the process currently being undertaken by Crown Estate Scotland, at the direction of the Scottish Government, to grant property rights for the seabed in Scottish waters for new commercial scale offshore wind projects.

OW is the developer behind Scotland’s largest windfarm, the 950MW Moray East windfarm, taking it from concept in 2009 to a power-producing reality in 2021, and globally it is one of the world’s leading offshore wind companies.
Aker has had an extensive presence in Scotland since the 1980s and it been a driver of maritime and industrial development – building ships and designing, constructing and servicing offshore installations from Glasgow to Aberdeen, on Scottish isles, in ports and in the ocean.

In 2020, Aker established Aker Offshore Wind so its maritime experience and expertise could be fully applied to the transition to low-carbon energy.

Sian Lloyd-Rees, managing director of Aker Offshore Wind UK, said:
“Our vision is for Scotland to become a global leader in floating offshore wind, contributing to our net zero mission with green energy at scale.

“We can create thousands of highly-skilled local jobs through billions of pounds of investment in local supply chains and infrastructure.

“Our bid would deliver for the next generation by harnessing the green power and extraordinary potential of Scotland’s deep water resources.

“Floating offshore wind is the next step in the renewable revolution, and we’re delighted to partner with Ocean Winds to unveil our ambitious plan for Scotland’s future.”

Dan Finch, managing director of Ocean Winds UK, said:
“After a decade of work and investment, we have successfully delivered our vision of Scotland’s biggest windfarm Moray East, in the 50m water depths of the Moray Firth.

“The Transition to Net Zero means that we need to open new areas of the sea for offshore wind development. We have the skills, experience and technology to take offshore wind out of the Moray Firth and into the deep waters of the North Sea using floating technology.

“This will create a commercial-scale pipeline for floating foundations; we are already working with the local stakeholders to establish a site for their manufacture.

“Our vision is leading the world’s commercial scale delivery of floating offshore wind in Scotland so that Scotland can lead the world in floating foundation manufacture and export.”