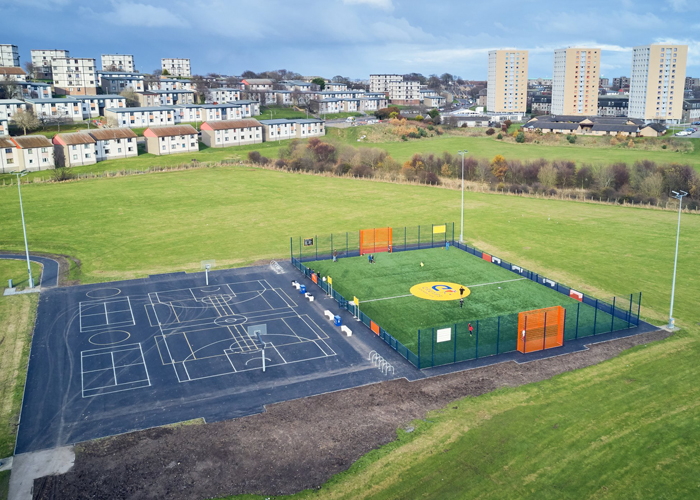 PLANNING permission for a further Cruyff Court in Aberdeen has been granted by the City Council.

To be located in the Tillydrone area of Aberdeen, it will be the city’s third of its kind.

A Cruyff Court is a small football field with a surface made of artificial grass, a contemporary version of the ball court. The Courts are a project of the Johan Cruyff Foundation which was founded by Dutch footballer Johan Cruijff.

David Suttie, Trustee, Denis Law Legacy Trust said: “We are delighted that Aberdeen City Council has granted planning permission for Aberdeen’s third Cruyff Court, in Tillydrone. It is anticipated that construction will start over the coming months.”

“Cruyff Court Denis Law in the city centre and Cruyff Court Neale Cooper on the south side in Tullos have proved to be a great success for young people and communities as a whole and we’re sure that the new Cruyff Court in Tillydrone will prove equally as popular.”

“Aberdeen will now have three Cruyff Courts. There is only one other in Scotland.”

“This has only been possible because of the fabulous partnership between Aberdeen City Council, Johan Cruyff Foundation and Denis Law Legacy Trust.”

Further information about the project will be released in due course.