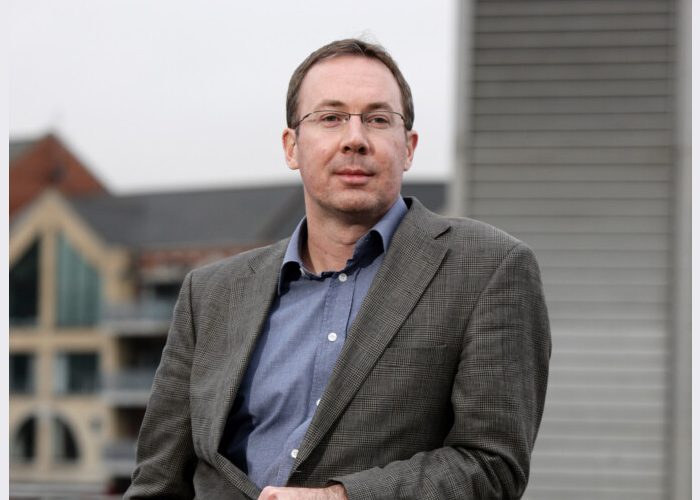 PRIVATE rental prices in Aberdeen have seen the first significant annual rise for a number of years as the city recovers from the oil slump and the pandemic, according to new figures.

A rally in rental rates comes just as the Granite City faced being eclipsed by Dundee for the first time – and now just £1 separates the monthly average rent between the two cities.

The insights have been revealed in the latest quarterly report from online letting portal Citylets,  which shows that Scotland’s cities have seen a post-pandemic recovery in rental rates.

Thomas Ashdown, Managing Director of Citylets said: “City living is back. During the pandemic growth slowed in most cities and accelerated in surrounding areas. Now people are back to office working, at least at some level, and seem confident there won’t be any more full lockdowns. The appeal of the city lights appears to have endured some extreme disruptions it would seem.”

The Q1 report for the first three months of 2022 shows the average monthly rent in Aberdeen rose by 3.4% to £723. Meanwhile Time to Let (TTL) – the period a ‘for rent’ sign is displayed at the property – has fallen by 17 days year on year to average 37 days.

While Aberdeen’s rental market has been flagging for a number of years, rents in Dundee have been rising consistently and Dundee’s average rent is now £722, just £1 below that in Aberdeen.

Mr Ashdown added: “There was a time when it would have been unthinkable to talk about the possibility of Dundee’s rents being higher than those in Aberdeen, but it came very close. Dundee has been on the rise quarter after quarter while Aberdeen has been in the doldrums.”

“However, we suspect that this is the start of a general recovery in Aberdeen, which is likely to see prices rise and stay higher for a number of years ahead.”

As in the rest of Scotland, the supply of rental properties in Aberdeen is worrying low – though slightly above the all-time low reported in the final quarter of 2021. The city is particularly affected by a lack of family homes.

Mr Ashdown added: “It’s reassuring to see that cities are coming back to life, however rent rises of this order are likely to prove problematic for many, given the ongoing cost of living crisis. This is not a discretionary purchase – you have got to have somewhere to call home. More choice in the sector and indeed more widely in housing would, of course, help.”

He pointed out that letting agents remain concerned about the supply of available properties in the private rental sector, with many landlords continuing to sell up while the market is buoyant – or to avoid the threat of increased regulation and the costs that will bring.

Chris Minchin of property management company Winchesters Lettings in Aberdeen said: “Q1 in Aberdeen has been very busy, with January the busiest month experienced in the past five years.”

“Across all three months, levels of enquiries and leases have been significantly higher than the average for this time of the year. We are seeing an increase in all tenant profiles but mainly corporate and international students.”

“Stock levels are reducing significantly, especially in the two-bedroom property supply. Aberdeen remains significantly under-provisioned for three bedroom+ houses for families in most areas of the city and outlying areas, with prices here increasing significantly.”

Similarly, Sarah Harley of Aberdeen’s Margaret Duffus Leasing, said: “A shortage in the supply of rental properties is continuing to be a challenge for Aberdeen renters and we’re seeing strong demand across the board for flats and houses.”

The figures highlighted in the quarterly report show that available properties were being snapped up at high speeds, with 15% of properties let within one week and 52% taking less than a month to be let.

Sarah said: “It is becoming increasingly common for several offers to be put forward for a property and it will ultimately put pressure on rent levels. With many companies in Aberdeen recruiting, following the redundancies they made during Covid, and debate about the North Sea and domestic energy security hotting up, demand is also set to grow.”

Citylets operate Scotland’s premier residential lettings site with over 50,000 properties per year from over 400 local agents.

The Citylets quarterly rental report was launched in 2007 and has since become a respected guide for housing professionals including social housing and public policy makers. The report and associated rental maps are available for download at Citylets Rental Reports.