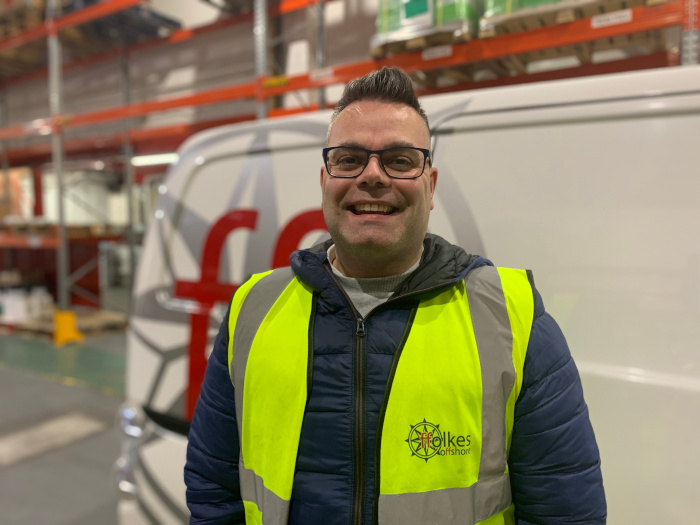 The company expects new contract wins to boost annual turnover in 2021 by a further 50% after it grew market share in its most recent year.

Ffolkes Offshore, which works with ship owners that operate vessels from a number of UK ports, said crew change costs rose by a factor of five times due to complications caused by restrictions imposed to control the spread of the virus.

The rise in costs supporting marine crews is a result of longer hotel stays to allow for quarantining and Covid-19 testing, as well as the cost of the testing and transport. The company estimates its clients spent over £150,000 on hotel rooms alone in Aberdeen in recent months.

Grant Bruce, co-founder of Ffolkes Offshore, said the challenges of the pandemic have resulted in a “total re-imagining” of how to manage crew changes.

He explained: “There has been a huge increase in spend to our local suppliers on behalf of international clients – including hotels, taxi services and medical expenses. Testing alone has accounted for a significant amount and we have spent around £150,000 on hotel accommodation.

“There has been a total re-imagining of the way it all works. It used to take a day to join a ship, whereas Covid-19 precautions and testing has increased this considerably. In fact, it can be up to 10 days if there is a problem. This has resulted in the average cost of a crew change increasing by a factor of about five.”

Despite the challenges faced as a result of the COVID-19 outbreak, Ffolkes Offshore has grown significantly.

The company recently doubled its warehouse capacity in Aberdeen and also opened a facility at Montrose Port as clients ramp up services to SSE’s giant £3billion Seagreen offshore wind project.

The marine support business also established a hub for shipping clients in the Southern North Sea at Lowestoft.

It has created six new jobs across the three sites, including Graeme Arundel who is the firm’s new logistics supervisor based in Aberdeen.

Bruce said the company had “jumped” at the chance to expand its location near Aberdeen Harbour, which has offered Ffolkes Offshore an advantage over larger corporate group rivals.

He said: “That is one of the advantages we have, as many competitors have relocated out of town. We are the only one with warehouse space within the harbour zone. It means we are able to get goods shifted that much faster, because fast turnarounds still matter.

“One of the things we have done very well is offer our clients locally-sourced solutions to lower their running cost and change how things are done to help make them work more efficiently.”

He admitted that starting up at the end of 2016 during a “historic slump” may not have been conventionally wise but that it has been to the company’s benefit.

“I don’t think any of us imaged the right time to be a historic slump. Actually, it was the right time because there was a place for the way we do it.”