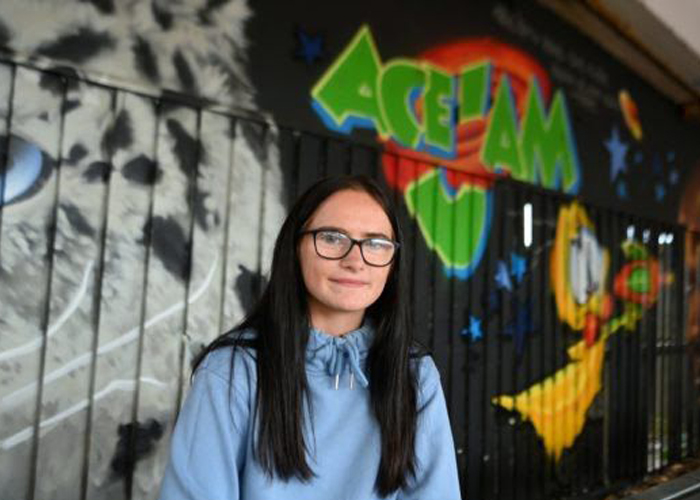 A STREETSPORT volunteer has been nominated for an annual award with the results to be announced during a glitzy ceremony at P&J Live.

Jenna Greig, from Northfield, is up for Young Volunteer of the Year at Aberdeen’s Sports Awards having excelled in many years of volunteering for Streetsport, Denis Law Legacy Trust’s flagship programme in partnership with Robert Gordon University.

The pathway of participant to volunteer is an increasingly common one for young people at Streetsport and a route which Jenna has proven to be a great ambassador for.

The 20-year-old has clocked up a huge number of hours volunteering, regularly attending sessions in Northfield, Mastrick, and the two Cruyff Courts in the city.

She also helped out at the recent Denis Law Legacy Trust Annual Fundraising Dinner as well as being involved in the coaching masterclass sessions with Judy Murray and the Battle of the Brits Community team.

Hannah Clews, Streetsport Development Officer who has worked extensively with Jenna down the years, praised her growth and part in making Streetsport what it is.

She said: “Jenna is an excellent example of what can be achieved by taking up an opportunity. As a participant she was always a lot of fun to coach while also being a little bit… challenging!

“However, she showed flashes of leadership and a genuine kindness for others which is why I encouraged her to start volunteering when she turned 16 – a limit we’ve now lowered to 14 thanks to young volunteers like herself.

“Her enthusiasm and dedication to the role has never faltered since joining us almost four years ago and she’s now a full-time care worker while still managing to maintain her volunteering hours”.

During her time with Streetsport, Jenna has grasped opportunities to enhance her skills and attended numerous workshops and training courses as well as becoming one of the go-to volunteer media representatives.

One of Jenna’s most significant moments as a volunteer was representing Streetsport and the Bon Accord Rotary at RYLA in 2019. She overcame fears, made new connections, and developed her leadership skills which became a catalyst for gaining full-time employment.

“I don’t think our team would be quite the same without Jenna. She is always on hand to provide entertainment thanks to her never-ending list of sayings and questionable TikTok dances, but rest assured we can always count on her when called upon”, Hannah added.

Local firm Central Coaches have also been nominated thanks to the fantastic work they do around various events and programmes related to Denis Law Legacy Trust.

The Aberdeen Sports Award was due to take place on January 20 at P&J Live but has now been delayed with a new date yet to be announced.

AN ABERDEEN IT managed services company has donated a substantial sum to a local children’s charity for the purchase of...