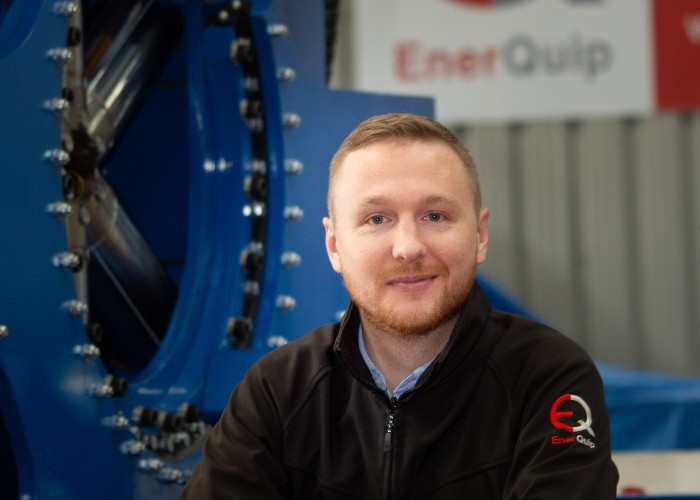 AN Aberdeen-based business that specialises in producing torque machines for domestic and international markets has won a prestigious business award in recognition of its exporting achievements.

Enerquip has been named Exporter of the Year in the fifth annual Business Insider Made in Scotland Awards which were held in partnership with the National Manufacturing Institute Scotland.  Showcasing innovative companies, the awards champion all aspects of transformational discoveries and developments made in Scotland.

The news adds to a growing list of accolades for the six-year-old company which received a coveted Queens Award for Enterprise for outstanding achievement in the field of International Trade in 2020.  The accolade recognised Enerquip’s success in overseas markets, which accounted for about 95% of Enerquip’s £12+ million turnover in 2019.

In the same year, Enerquip was one of just three Scottish firms, and the only one in the North East, to feature on the 20th anniversary Sunday Times Sage Tech Track 100 which ranks the UK’s private technology, media and telecoms companies according to sales, before the Covid-19 pandemic.  Enerquip was also a finalist in the “Going Global” category of Aberdeen & Grampian Chamber of Commerce’s 2021 Northern Star Business Awards.

The company specialises in the design, manufacture, installation and maintenance of torque machines and associated products, including bucking units and fully rotational makeup and breakout torque machines which can be adapted to suit any application.  International hubs in Houston and Abu Dhabi work in parallel with the company’s global headquarters in Aberdeen and additional premises in Caithness to deliver products and services to a growing client base in the likes of Africa, North and South America, Canada, Europe, Far East, Australia, Middle East and Russia, as well as the UK.

Commenting on the recent win, Enerquip Director Andrew Robins said: “This award is further important recognition of what the team has achieved on the international stage, in a comparatively short time.

“Whilst the Covid-19 pandemic continues to challenge us in many ways, this endorsement nurtures confidence and optimism as we continue to drive forward with our ambitious growth plans, both at home and abroad.”