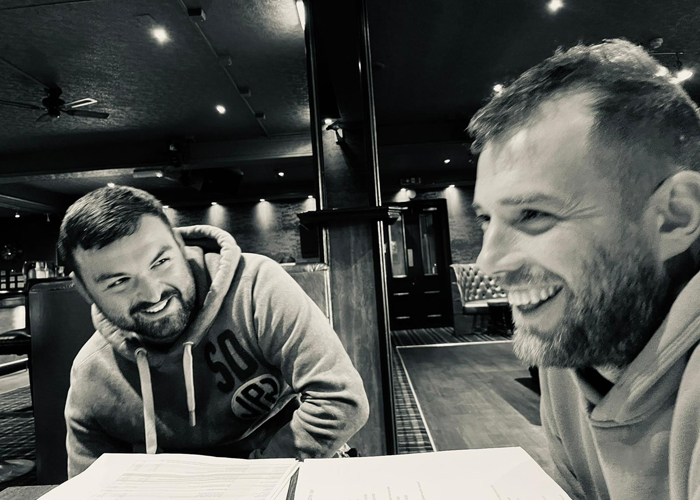 TURRIFF businesses, Chapman Electrical and Ardinn Homes, will take to the pitch next month to take part in a charity football derby to help promote awareness about mental health.

Let’s Kick This Together will raise funds for two locally based charities, Turning Point and Home Start, whose services include mental health support. The match will take place at The Haughs, Turriff, on Saturday June 4, and in addition to the main event, it will be a family day with food and fun activities for children throughout the afternoon.

This is the first year the game has taken place, but it is hoped that it will become an annual event with other companies getting involved in a mini tournament.

Main sponsor for the event is Annie Kenyon Developments (ak|d). Both companies have worked together for ak|d for more than 15 years. Annie is regularly involved in arranging and supporting annual charitable events and fundraisers, so bringing her in to help organise Let’s Kick this Together was a natural progression.

“We all work together on a regular basis on projects for ak|d so it seemed like a good idea to take things a step further, to get together and have a laugh outside work while raising money at the same time,” said Darren Findlay of Chapman Electrical. “We chose the two charities because they operate across this area and the work they do and have done throughout the pandemic has been crucial in supporting communities locally and around the North-east.”

To help with the fundraising activities, Bridgend Aggregates of King Edward, Banff, has come on as match ball sponsor. A number of other sponsorship opportunities are available, including the chance to sponsor a player for £20. Raffle donations for the draw, which will be held in the club house after the game, are also being sought.

“We hope this will bring the community together to support two very worthwhile charities,” said Ryan Morrison of Ardinn Homes. “It would be fantastic to see a good turnout coming along to support the teams, have fun and enjoy a family day out. We’ve not set a fundraising target, but we’ve already got some great raffle prizes and we just want to raise as much as possible. If people have fun and we can help even one person as a result of this we’ll be happy.”

The match will kick off at 2pm.

Anyone who would like to get involved, donate raffles, or sponsor a player, can contact Annie Kenyon at annie@akenyondevelopments.com 01464 851 621 or Jacqui Adams, Chapman Electrical jacqui@chapmanelectricalltd.co.uk