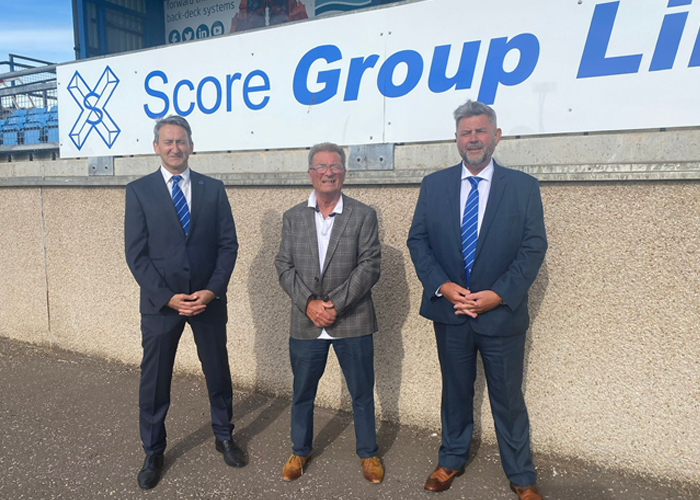 CONRAD Ritchie has been appointed to the board of directors of Peterhead Football Club.

The well-known local businessman joins the board with immediate effect as the SPFL1 side embark on their 23rd season in the senior ranks of Scottish football.

Mr Ritchie is currently chairman of Peterhead Prison Museum and the Crimond Charitable Trust. He was formerly managing director of Score Europe and Score International, having worked with the family-owned Score Group for over 30 years. He stood down following the group’s sale to private equity firm, SCF Partners. During his time at Score Group, Mr Ritchie steered the business through various oil and gas downturns. As one of the group’s very first apprentices, he later led and developed its highly successful apprenticeship programme which has overseen the successful career paths of hundreds of young people locally and globally.

Commenting on his appointment, Mr Ritchie said: “I am pleased and honoured to join the board of Peterhead FC, having been involved with the club over many years and seen the positive impact it has on the community.”

“With over thirty years’ in business, half of which were at board level, I believe I have valuable, relevant experience and contacts to add to the existing capabilities on the board. I’m passionate about the positive community elements of the club, the development of its facilities and its youth development programme.”

Peterhead FC chairman, Rodger Morrison, welcomed Mr Ritchie on behalf of the club. He said: “Conrad is a most welcome addition to the board. Given his long-standing family connection with Peterhead FC through his 32-year involvement with Score Group, he is adequately equipped to take the lead on a wide range of projects currently on-going and planned for the Club.”

Mr Ritchie joins the chairman and fellow board directors Les Hill, Charlie Watt and Michael Duncan as the Club faces Aberdeen FC next weekend in the group stage of the Scottish League Cup.