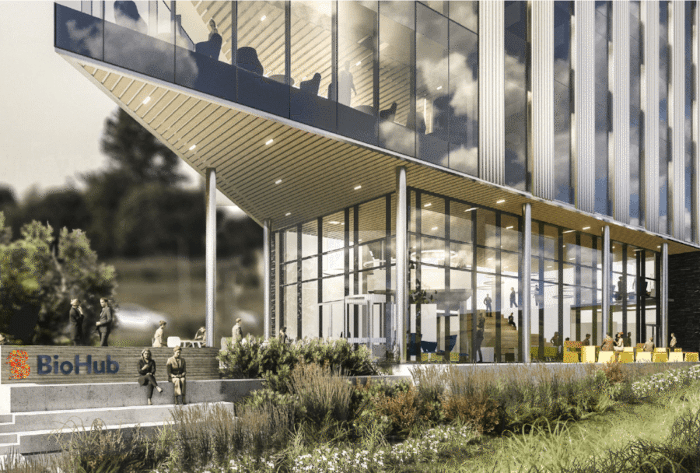 WORK has started on the new £40 million BioHub life sciences innovation hub in Aberdeen, the team behind the project has revealed.

BDP was appointed to lead a multidisciplinary design team, consisting of Hulley & Kirkwood and JGA, to design and deliver BioHub on the Foresterhill Health Campus.

The start of work on the BDP-designed facility had been delayed to Covid-19.

Christoph Ackermann, BDP’s Glasgow studio principal, said: “This is an exciting and transformational project for Aberdeen and north-east Scotland. The BioHub project is another example of BDP’s expertise in this style of development, creating office and laboratory spaces for start-up companies under a single roof.”

The project, led by Opportunity North East (ONE), has secured £20 million of capital funding jointly provided by the UK Government and Scottish Government via the Aberdeen City Region Deal (ACRD). ONE has committed up to £5.6 million to deliver BioHub’s sector growth objectives and has formed a new company, BioAberdeen Limited, to deliver BioHub. The other project partners are the University of Aberdeen and NHS Grampian.