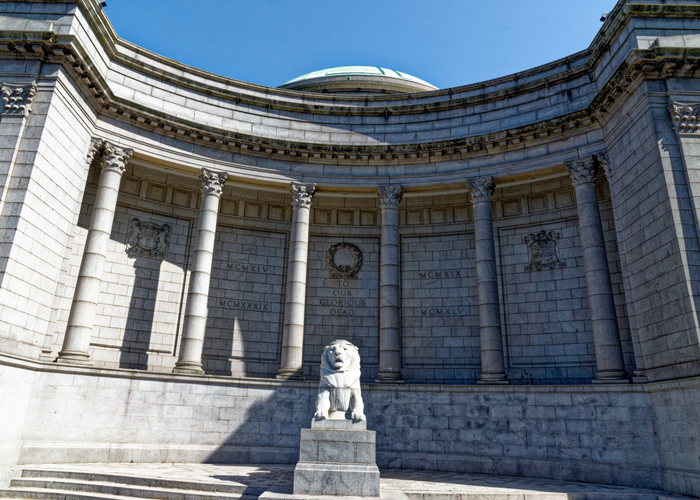 THE CITY of Aberdeen will commemorate Holocaust Memorial Day (HMD) with a special event in the Cowdray Hall at Aberdeen Art Gallery, Schoolhill on Thursday 27 January.

Holocaust Memorial Day (HMD) – is held internationally on 27 January to remember the six million Jews murdered during the Holocaust alongside the millions of other people killed under Nazi persecution of other groups and in genocides that followed in Cambodia, Rwanda, Bosnia and Darfur.

The date, 27 January, marks the anniversary of the liberation of Auschwitz-Birkenau, the largest Nazi death camp.

The Lord Provost of Aberdeen Barney Crockett said: “Holocaust Memorial Day is an opportunity for us to come together to remember the victims and survivors of all genocides.  I hope members of the public from all walks of life and all faiths or non-faith will join us in what is a moving, thought provoking and uplifting event.”

From 11.30am until 11.55am visitors to the Cowdray Hall can listen to piano music by Finn Hewick, from Aberdeen City Music School.

At 12noon, Tommy Campbell, member of the Aberdeen Holocaust Memorial Committee will invite the Lord Provost and the Depute Provost of Aberdeen Jennifer Stewart to speak about the importance of coming together to remember all victims of genocide.

At 12.10pm, Jennie Milne will talk about her photography and video exhibition ‘One Day – The Road Less Travelled’, which tells her personal journey of retracing her family’s Holocaust story. She will also reflect on the current issues around anti-Semitism. The exhibition opens at 10am in the Cowdray Hall on Holocaust Memorial Day and runs up to and including Tuesday 01 February.

Deejay Bullock and Luke Butler from Four Pillars will then read short stories on ‘One Day When Life Changed’ and ‘One Day in History’ respectively.  They will be followed by Patricia Findlay, a member of Aberdeen Holocaust Commemoration Committee and Aberdeen Interfaith Group who will read from Edith Eger’s book ‘The Choice’, which will be followed by a performance by Tutu’s Senior Dance Group, who will perform ‘Journey into Night’.

At 12.40pm, Patricia Findlay will read a second extract from ‘The Choice’ before Tutu’s Senior Dance Group perform for a second time.  The memorial event is due to conclude at approximately 1.10pm.

Anyone wishing to attend the event is advised that this is a standing only event with only a very limited number of seats available.