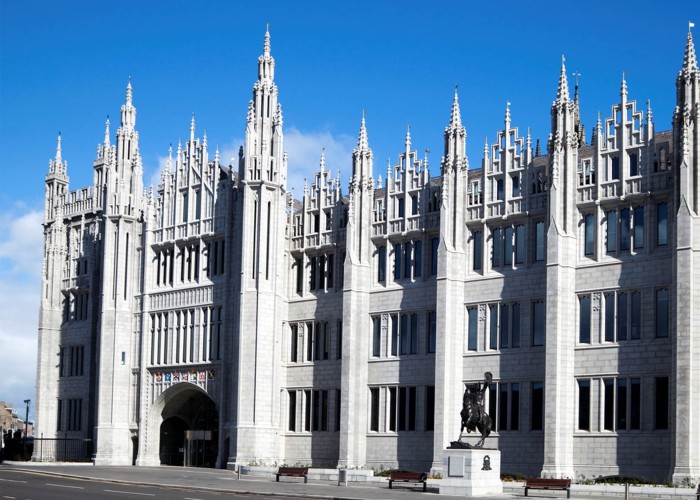 AN internship programme, which has seen 39 young people join Aberdeen City Council as part of the UK Government’s Kickstart Scheme since March 2021, has been so successful a further 41 interns are due to join the organisation in 2022.

Delivered by the Department for Work and Pensions (DWP) the Kickstart Programme is a job creation scheme designed to support young people (aged 16-24) in receipt of Universal Credit who are at risk of long-term unemployment into employment. To date, more than 500 young people have started Kickstart internships in Aberdeen.

This type of internship is a first of its kind for Aberdeen City Council and has been widely welcomed by recruiting managers across the organisation, who have been pleased with the skills, positive attitudes, ideas and willingness to learn from the interns.

As the first of the interns come to the end of their internships, some are leaving for pastures new to roles with other organisations, or into full-time education equipped with new skills, experience and confidence to take the next steps in the world of work.

There are nine interns who have completed their internships who will continue their employment with Aberdeen City Council, having successfully been appointed to roles within the organisation.

The scheme has been particularly successful for the Council’s Waste and Recycling Team. From an initial intake of eight interns the waste and recycling service has successfully appointed four interns to full-time permanent refuse loaders.

The scheme has been so successful for the Waste Team that they have interviewed further candidates for the Kickstart Programme and have a further six preferred candidates waiting to start their internships with the team later this month.

Councillor Ryan Houghton, convener of City Growth & Resources Committee said: “By working collaboratively, we offer each intern a meaningful work experience which is hugely beneficial to both the young person and Aberdeen City Council.

“While there is no requirement for employers to keep the interns on at the end of their internship, we are keen that at least some of the young people will consider our apprenticeship opportunities or entry-level roles and remain in our employment.

“The scheme has shown that by giving young people access to new opportunities and the right support they can learn new transferable skills, gain valuable work experience, and by doing so flourish in the workplace and beyond.”

Other success stories include an intern securing a role as Employability Keyworker in City Growth while two People & Organisational Development interns have both been recruited to join Business Services Administration.

Following an internship in the HR Service Centre, one intern has now gained a permanent role within the same team while another whose internship was in the Exhibitions team within Aberdeen Art Gallery & Museums has been appointed to a Recovery Assistant role within the Revenues and Benefits Team.

The Kickstart programme places young people aged 16-24 into jobs and pays the minimum wage for up to 25 hours per week for six months. It also pays the employer’s National Insurance contribution and minimum automatic enrolment costs. Some funding is also available for every person employed through Kickstart to support with costs such as technology, uniforms, PPE, training, and development.

By working together, the Council’s City Growth and People & Organisational Development teams manage the internship programme with support from the Talent team and the Employability team.