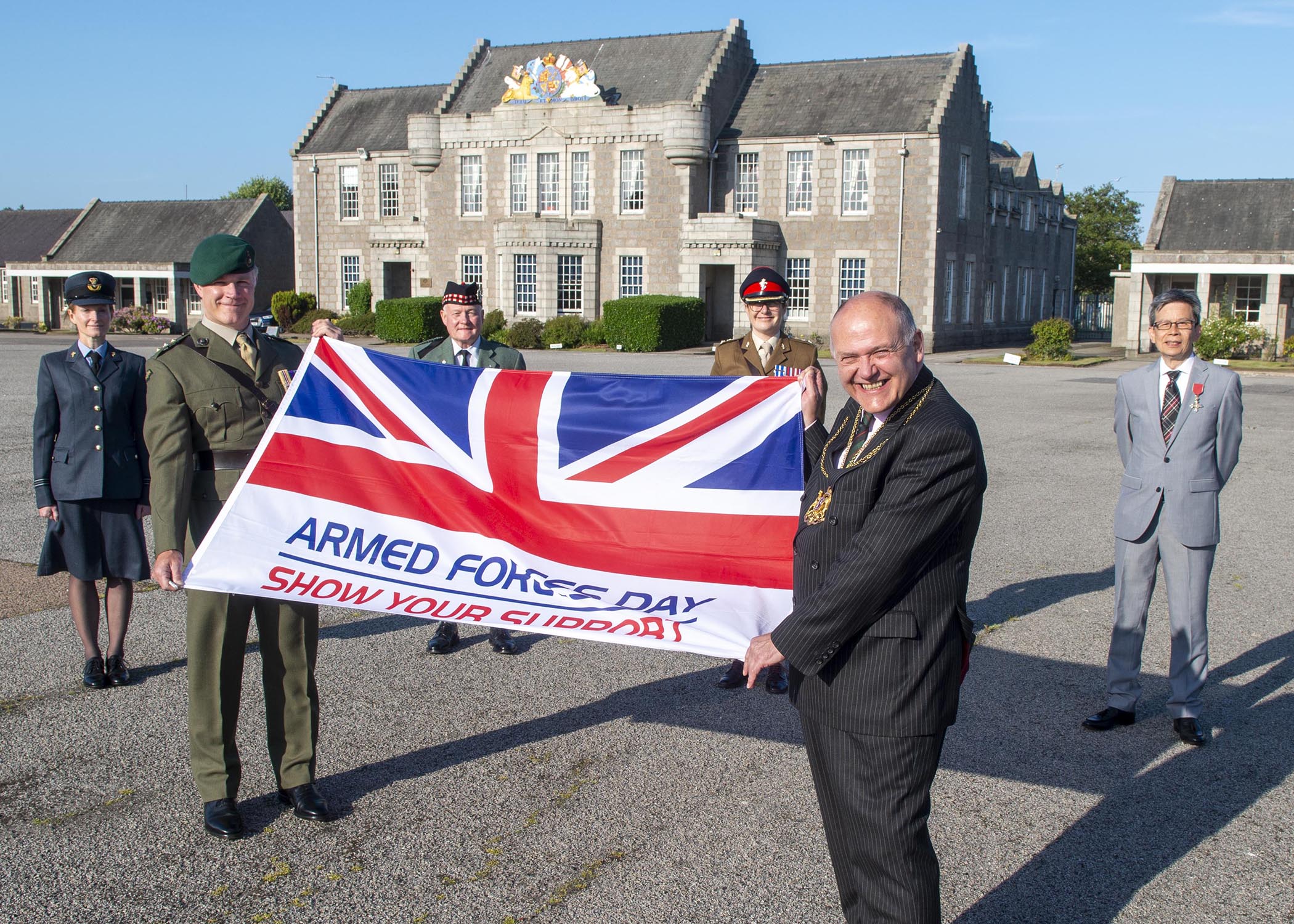 The Lord Provost of Aberdeen, Barney Crockett, in his role as Lord-Lieutenant took the opportunity yesterday (22 June 2021) to recognise the service of all British Armed Forces personnel and those of the Commonwealth of Nations ahead of Armed Forces Day this weekend.

The Lord-Lieutenant was joined at Gordon Barracks by Deputy Lieutenant, Gregory Poon MBE, the Barracks Commanding Officer and representatives of the RAF, Army and Navy for a small, private flag raising ceremony. Following a speech from the Lord-Lieutenant, a lone piper played as the flag was raised.

Due to the ongoing response to COVID-19, a decision was made to cancel the Armed Forces Day Parade. This annual celebration normally welcomes more than 1,000 serving, veteran and cadet force personnel who parade through the city centre, with large crowds taking the chance to show their gratitude.

Lord-Lieutenant Crockett said: “Aberdeen always embraces this opportunity to say thank you to serving and former military personnel for their service to the country. This year’s celebrations may be different, but it is important that we pay tribute to the British Armed Forces community for their hard work, dedication and efforts to keep us safe in the UK and across the globe.”

Aberdeen’s youngsters paid their respects by entering a flag design competition, and the winning design by Erin Scaife, a P7 pupil at Broomhill Primary School, can be seen around the city on the BT Digital Screens. In addition to this, the Armed Forces Day flag will be flown from the Townhouse.